If you’ve been practicing or learning about seeing auras, you may be wondering about the different aura colors and what they mean. So today, we are going to talk about red aura meanings.

A red aura can be either a positive or a negative sign. Depending on the shade and the quality of the aura, a red aura can indicate anger, passion, confidence, high energy, sexual attraction, and other emotional states.

Although auras frequently change, a consistently red aura can say quite a bit about someone’s personality.

So, let’s discuss the meaning of different types of red auras and what a red aura might indicate.

*This post may contain affiliate links, meaning I may receive a small commission at no additional cost to you for products you purchase via this website. For more information click here.* 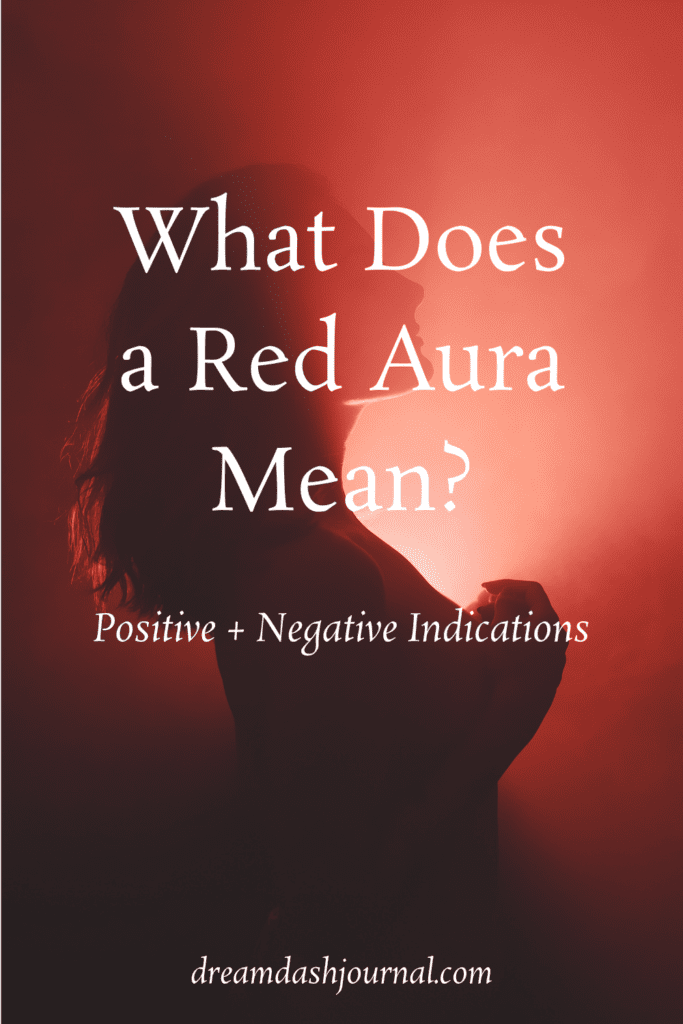 Red auras and the root chakra

The color red is a fiery, passionate, intense aura color that is associated with the root chakra.

Seeing a red aura around someone may be a sign of strong root chakra energy, either of a positive or negative quality. 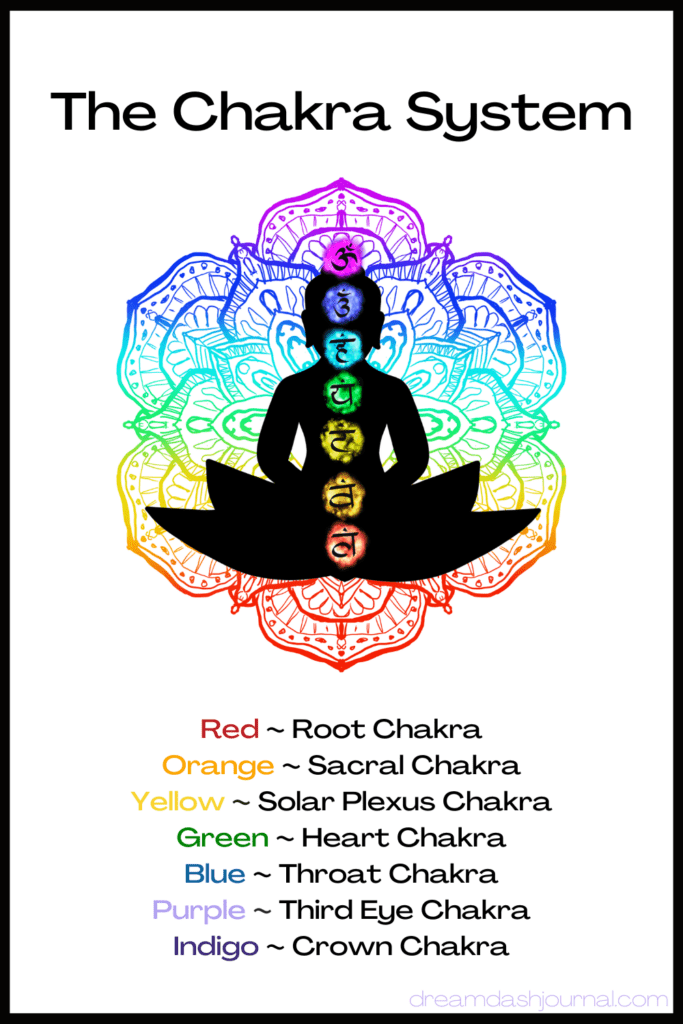 Related: The Best Chakra Stones and Crystals + How to Use Them

A red aura has different meanings based on a person’s general personality, as well as the shade and quality of red.

It’s important to take into consideration someone’s body language and communication, as well as overall temperament when assessing what a red-colored aura might mean.

Positive meanings: A pale, light red aura may indicate romantic feelings beginning to grow. It may mean the forming of new and exciting ideas, such as discovering a passion or hobby that inspires action. A light red aura is usually a positive sign of “warming up” to a person, place, idea, or situation.

Negative meanings: Negative meanings of a light red aura may include distress, insecurity as related to well-being, or hidden subconscious anger. This is because of the association with the root chakra.

People with light red auras may not quite know why they feel upset. They may lack clarity or have unprocessed trauma. They may act strange or irrational.

Positive meanings: A saturated, bright red aura usually indicates an upbeat and confident person. Someone who is a leader, and who feels excited and ready to take action.

Negative meanings: A bright red aura could mean a burst of anger.

Unlike a pale red aura, the anger associated with bright red auras is conscious and clear to the individual; they know they are mad and they will indeed let it be known.

The good news is that someone with a bright red aura who is mad is more likely to be able to problem-solve and resolve issues rationally. (Rather than internalize, brood, or make nefarious plans.)

Negative meanings: Negative meanings of a dark red aura, especially when murky, may include brooding frustration, agitation, deep anger, anxiety, and even sinister plans such as revenge.

This aura color can be quite confrontational. Or, silent but raging on the inside. Murky dark red auras can also indicate an unhealthy obsession.

Positive meanings: An aura that is splotchy or contains multiple shades of red can indicate overexcitement and impulsivity. This can be a good thing at times, but there are usually additional, less positive feelings to sus out from the emotional mix as well.

Negative meanings: A multiple shades or red aura can mean mixed emotions which include anger, along with confusion, passion, irritability, and/or overexcitement.

Someone who has a predominantly red-colored aura is often confident, charismatic, intense, and fiery in personality. They usually have a dominant and authoritarian energy, though not necessarily in an intimidating or negative way.

Commonly, red-aura individuals are outspoken and energetic leaders. They are strongly rooted and very secure.

Seeing a bright red aura around someone you are romantically interested in is usually a good sign. Red auras indicate romance, sexual attraction, passion, and love.

On the negative side, dark red or murky red auras can be a sign of obsession.

Related: How to Manifest Love: Align Your Energy to Magnetize Your Soulmate

Seeing a red aura around someone in a professional setting or workplace can be a good or bad sign.

As mentioned, it’s important to understand someone’s verbal and non-verbal communication when assessing what their aura might mean.

Aura colors tend to change based on someone’s mood and energy. Although many people have auras that predominantly or frequently feature certain colors.

If you’re getting to know someone over a period of time, it can be interesting to see what their aura color looks like in different settings and under different circumstances. Being able to see aura colors is an easy skill to develop. Aura colors can reveal a lot about someone.

I hope you’ve enjoyed reading about the different red aura meanings. I plan to continue this topic in a series and cover all the colors of the rainbow, so stay tuned!

Seeing auras is something I learned how to do at a young age, often practicing on my High School teachers. (When I should have been listening and paying attention to the lessons, LOL.)

Although I don’t always focus on people’s auras in day-to-day life, I can and do see them when I chose to focus.

You can try out your aura-seeing skills on strangers when you’re out and about, as well as see auras on trees, plants, and animals. There are many helpful Youtube videos on this topic, so do a little research to learn more.

Please let me know what you think in the comments, and have a lovely day!

You may also enjoy:

Angels on Earth: How to Spot an Earth Angel {Are You One?}

How to Get Into Energetic Alignment: Align Your Vibrational Energy

5 Ways to Unblock Your Mind and Shake Up Your Energy.

Dream Dash Journal is an inspirational lifestyle blog about journaling, personal development, spirituality, and more. Please see the About Page for details.

Buy me a coffee

This site utilizes affiliate links, meaning if you purchase a product via a link on this site, I may earn a small commission at no cost to you. All opinions remain my own. For more info, click here. Thanks for your support!

Love this site? Support by buying something you were going to buy on Amazon anyway- just shop via my affiliate link banner below. There's no extra cost to you. Thank you!